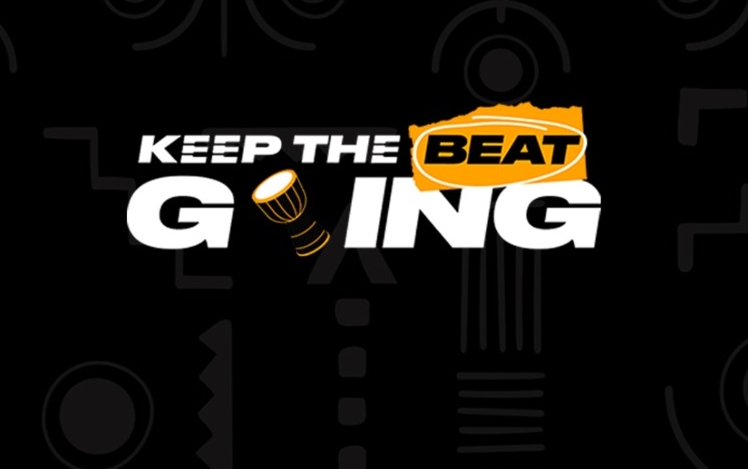 Music streaming platform, Audiomack, has announced the launch of its continent-wide #KeepTheBeatGoing campaign in Ghana. The campaign which was inspired by the heartbeat of music – the drum, is designed to empower creatives and inspire listeners to tap in with new music from across Africa.

In Ghana, the Keep The Beat Going campaign will feature a creator workshop, billboards featuring top acts such as Stonebwoy, KiDi, and MzVee, playlists from top Ghanaian artists, digital ads, and a compelling documentary telling the Ghanaian stories through music.

“The Keep The Beat Going campaign is our way of further connecting the Audiomack audience to the diverse world of African music. We care about the artist, the producer, and the fan, and want to make sure they are represented across billboards, radio ads, and more as we move music forward worldwide.”, said Jason Johnson, VP of Marketing and Brand Strategy for Audiomack.

Make sure to follow Audiomack and Audiomack Africa on social media, stream your favorite African artists on the app, and use #KeepTheBeatGoing on socials to get in on the conversation!

Audiomack, which launched in 2012, currently reaches more than 20 million monthly users globally. The streaming and discovery service has played an integral role in breaking new acts, such as Rod Wave and Kaash Paige; served as a trusted partner to Eminem and Nicki Minaj, among other notable artists, to debut exclusive releases; and helped rising African stars, such as Omah Lay, reach an international audience. As of December 2021, Audiomack is the top-ranked music streaming app on Apple’s iOS in Nigeria, Ghana, Tanzania, Senegal, and Kenya.